With four Bank Holidays coming up, the majority of Brits are trying to take advantage of an eleven day break for just three days off work. For many, it’s the perfect opportunity to get away from work.
CoPilot Live has done some research* to find where people are heading off to make the most of their time, and have come up with some interesting stats

– 15% apparently don’t care, as long as it’s anywhere but the in-laws

– 75% are planning on heading to the coast, making the most of the unusually warm weather

If you are one of the many planning to head to the beach in the next couple of weeks and want to avoid being beaten to the deckchairs, we recommend getting your smartphone loaded with CoPilot Live. With turn-by-turn guidance, instant detour to avoid delays (or the M1) and an optional congestion-beating Live Traffic service, you’ll start your trip on the right foot.

To celebrate the ‚holiday windfall, CoPilot Live UK and Ireland sat nav app is on sale throughout the 11 day holiday period for the unbeatable price of £16.99 (£3 off). It’s available from the Apple App Store for iPhone and Android Market for Android phones and tablets. 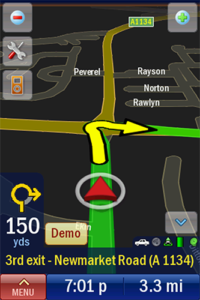 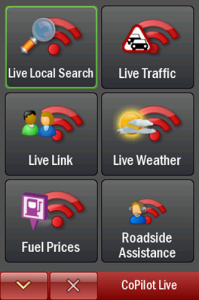 If you’re lucky enough to be heading abroad, be sure to pack CoPilot Live Europe. All maps are stored on board the phone so there’s no risk of sneaky roaming charges and unexpected data bills once you’re back. Speed limits and safety camera warnings are included as standard** across Europe so it all help keep you out of trouble too when you’re racing to the beach! CoPilot Live is available from £29.99 for Western Europe maps.